Seminar 1: What to prepare to become an entrepreneur, and how?

Seminar Series about Innovation and Entrepreneurship

New! Report of this seminar, including presentations.

However, you will have to pick a field to work in and business to start. What to prepare? How to develop new ideas to run the business, and eventually realize them into success? This seminar will address those issues by Kristian Aartun, one experienced expert from an entrepreneur's view of point.

The seminar is financed by the Oslo Kommune, free of charge and will be held in English. All attendees must register online at HERE. The deadline for registration is 22th November.

Welcome you to the seminar together with your own experiences and questions to share! 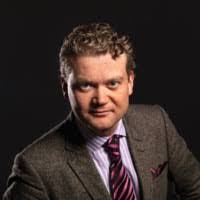 Kristian Aartun has over 20 years of experience as an entrepreneur. He started at the age of 13 to work at radio stations and newspapers. When he was 19 he was hired by Hamburg based music company edel records AG. He was the then the youngest Managing Director of a record company in Europe. Through 6 years be built up edel records from scratch to be the biggest independent record company in Norway. He was also board member of Norwegian Grammy Awards, Board Member Ethical committee of Norwegian record companies and Founder and Chairman of Music Export Norway AS founded to export Norwegian music out in the world.

During these years Kristian Aartun travelled extensively promoting artists throughout the world always trying to achieve the maximum possible and sold over 2,5 million cds in Norway alone. Kristian Aartun later went on to become Managing Director of EMI Music Publishing Norway AS. Kristian Aartun founded Radio City in 2003 which went on to become Norway's most popular radio station and it was sold to A pressen in 2005. In 2005, he took over KRAFT festival a 5-day music festival, which he was Chairman of for 5 years until it was sold in 2010. Under his leadership, the music festival grow from 700 people to over 10.000 people at the peek. In 2008 Kristian Aartun founded his third radio station called Radio 3 which he sold in 2010 after it peeked at 37 % of daily Gallups. He Founded a Magazine called KRAFT Magasinet and has also founded DNBN Dutch Norwegian Business Network and NIEC Norwegian International Entrepreneur Conference.

Chinese Professionals in Norway (CPN for short, cpn2003.no) is a professional organization gathering Chinese-rooted professionals working in Norway. CPN is cooperated with other working immigrants also, in order to promote exchange and collaboration between China and other countries including Norway. All of CPN’s registered 900+ members hold at least one higher education degree and can be found in any working branch of Norway.

CPN has developed The Competence Center for Immigrants (CCI, workinginnorway.no) by financial support from Norwegian authority, The Directorate of Integration and Diversity (IMDi for short) between 2010-2018. With financial supports from both IMDi and Oslo Kommune since 2008, CPN has organized more than 30 seminars and workshops on innovation and entrepreneurship, in addition to seminar about Norwegian laws and regulations for better integrated at work and in society.

Coming up also soon: Seminar 2: How to Get Your Dream Job?

Type something in the input field to search the table for member IDs, names, emails and date of ordering: